I almost managed to convince myself not to write a piece about Covid and the ensuing pandemic. Alas, I have been compelled to. For it seems that in being forced to wear a mask, we have seen the masks of others slip. What or who do I mean by others you may ask? Just so we’re clear, I am referring to most politicians, media commentators and certain activists, not to mention a great deal of the general population.

Now in terms of the virus itself, (honestly, I am not an expert at all in the fields of science or medicine), yes, I absolutely understand that it’s virulent, mutative and can kill people. But then so does influenza. Yet, for years, we accepted that people die from the flu every winter and that hospitals had to do their best to cope with the influx of patients during flu season.

Why was there no need to flatten the curve then? Where was the concern the health service would crumble under the pressure of dealing with that inundation? The first thing that popped into my head when I heard this pontification was why aren’t our hospitals robust enough to deal with this crisis or any crisis for that matter?

Establishment politicians moralising about others being selfish are the very same people who over the years cut funding to frontline services, reduced bed numbers, closed hospitals, slashed pay and enforced a recruitment embargo. No wonder, our medical professionals couldn’t cope! Again, ordinary people got shafted for others’ mismanagement.

We didn’t have to wear masks/face shields, keep a measured distance from other people, stay at home and constantly be required to wash/sanitise our hands. Not to mention that the flu vaccine was entirely optional and only recommended to the elderly, pregnant women, and those otherwise at serious risk.

Now there are differences between the two viruses and yes Covid 19 was a new pathogen, so we had to err on the side of caution while we found out more about it. I have always agreed that the most vulnerable should be protected. But we are long past that stage and a virus that should have been treated as a rudimentary health concern has erupted into a societal quagmire that has affected every aspect of our lives.

Government restrictions have been draconian, contradictory, prolonged and biased. This virus has been used by the powers that be to seize even more control and curtail civil liberties and push through rushed, overreaching legislation. All of this without proper concern, debate or even recognition from the media, supposed watchdogs or citizenry. We have been too concerned with getting sick from a virus with a 99% or more recovery rate to notice such mundane details supposedly.

Travel has been restricted but open, porous borders are still seen by some as insignificant. No problem with illegal immigrants or migrant workers coming into the country. Ordinary people have either been unable or penalised for going on holiday while politicians fly all over the world for summits. Could they not just Zoom like the rest of us?

Reluctance to implement a quarantine for incoming foreign arrivals, ineffective tracking and tracing and refusing to enforce the ban on non – essential travel into the country all added to the misery, confusion, and anger. While most of us exercised common sense and did our best to curtail the spread of the virus, our so-called leaders made up the rules as they went along and broke them when it suited them, with no sense of accountability.

Everything has now been deemed as either essential or non – essential – work, travel, business even protest. Yes, even the most fundamental of our rights – to peacefully gather and air a grievance has been up for debate. Only some protests though. Debenham workers angry over job losses were told to move along. Anti-lockdown activists concerned about overbearing restrictions were demonised as super spreaders, ring wing fascists and paranoid conspiracy theorists.

Even a peaceful vigil for a young woman murdered by a police officer in London warranted a heavy-handed response from the authorities. But Black Lives Matter protesters who took to the streets in the wake of the George Floyd killing – no Covid 19 concerns there. They even got support from politicians who voted for the restrictions in the first place.

Even when BLM protests escalated into riots, looting and vandalism, there were no front pages of national newspapers with CCTV images of the people involved asking for their identity, to be reported to the police like there were with anti-lockdown protestors who crossed the line of peaceful assembly.

Some people have been more than happy for the state to be bestowed with even more powers – chiefly through the police. The power to stop and question people on the road, on public transport, at airports, in their own homes and businesses. All without a warrant. Even places of worship, once considered sacrosanct and serene, aren’t spared from these egregious apparitions.

Social media has become even more toxic during this pandemic, if such a thing were possible. Any notion of dissent is dismissed if you don’t have a medical or legal background. People rejoice in seeing lockdown or vaccine opponents arrested or de – platformed. There’s an extra dash of misogyny thrown in for good measure against women like Gemma O’ Doherty and Professor Dolores Cahill.

Sexist slurs and archaic tropes of mental illness pepper many of the online attacks aimed at O’Doherty, Professor Cahill et al. Even when they get arrested, lose their job, have their social media accounts suspended or are forced to step down from any position, it’s still not enough for the righteous brigade. Despite most of the population being compliant, any form of opposition must not be tolerated. A scary state of affairs, no matter what the situation, in any democracy.

Remarks are made praising the restraint of the Gardaí (which is part of their training, job, and ethos to begin with). That the likes of Professor Cahill should be grateful there isn’t a more heavy-handed response when confronting the Gardaí with legitimate concerns. For the record, seeing as we’re all about experts these days, when it comes to credentials and knowledge, Professor Dolores Cahill is just as much a valid and qualified voice as any. No one can sneeringly ask “Where’s your science degree?” to her. In case you didn’t know, it’s UCD.

Now, we come to the latest debacle – vaccines and vaccine passports. Now, I’m not an anti – vaxxer, but yes, I am against mandatory vaccines or the government coercing you (in effect forcing you) to have one. It’s because of that little thing we heard a lot about over three years ago during the repeal campaign – bodily autonomy. The whole premise of the pro-choice movement was that the government should keep out of people’s private health matters and that it was nobody’s business what you did with your body. 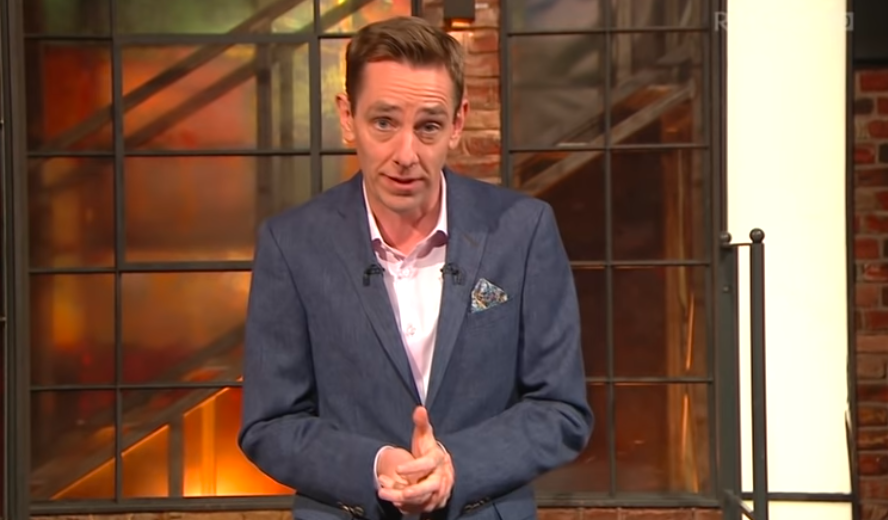 You may even be surprised to hear that I campaigned and voted for repeal and up until just after the result I was a solid pro-choice campaigner. There is more I could say, but that’s another article for another day. In short, my beliefs about bodily autonomy didn’t begin and end with abortion. But unfortunately, that doesn’t seem to be the case with other people funnily enough.

We are now in a struggle. Not for our survival against a contagious virus and it’s variants. But against a political establishment whose attitude is becoming more and more “Good for thee, but not for me”. Medical professionals who think it’s OK to betray patients’ trust and report them to the authorities and their employers, if they’re showing symptoms, in the name of the “greater good”.

Unelected officials, on high wages and secure pensions, abuse their position and seek more control over our lives with little regard for the economy, mental health, and people’s livelihoods. Big pharma, tech, and business are trying to make a profit out of our plight through apps, mandatory vaccines, and digital certificates. In the age of GDPR and data mining/breaches, where is the uneasiness about more of our personal information falling into the wrong hands and even being used against us?

So called progressives who ostensibly want the state to stay out of their business, but the minute an upheaval arises, are more than happy to sacrifice all freedoms, along with everyone else’s, so they can feel safe. While still getting their kind of bodily autonomy of course.

Covid 19 isn’t the only malaise we have to get used to living with in our society. Or is it? Let’s hope not.